The Moro reflex is also known as the startle reflex, as it often occurs when a baby is startled by a loud noise or sudden movement. It starts developing at around nine weeks into a pregnancy, and continues during the first four or so months of life. In the neurology of the baby, it activates arousal, CO2 intake, and the sympathetic nervous system. So it is one of the primitive reflexes that helps the baby learn and grow.

The Moro reflex activates arousal, which is linked to the sleep/wake cycle, as well as being attended to which later allows the toddler to learn to attend to self, and then begin to attend to others as you grow.

The Moro reflex is also responsible for helping a baby balance their CO2 levels. It tells the brain that they need to breathe in or out, depending on their oxygen levels

The Moro reflex is also associated with the sympathetic nervous system, which is the fight or flight response. This helps the baby learn how to respond to its environment.

When the Moro reflex is activated, it takes them from flexion to extension, back to flexion. Basically, you will see the baby extend their arms and legs and then curl back in. It’s a very quick movement, but essential to their development.

The extension is accompanied by an inhale, and then an exhale that lasts twice as long as they return to flexion. The reason for that is because the inhale is activating the sympathetic nervous system, also known as the stress response or the fight vs flight instinct. The exhale is a psychological shift to the parasympathetic nervous system, which is the rest, feed, and breed state that allows you to relax after the potential perceived threat is gone. It’s all part of the autonomic nervous system.

However, when we have too much stress in our lives, it can literally change the way that we breathe, which can cause problems with these systems. When you watch a baby breathe, they should be taking deep belly breaths. That is because it is natural for us to use the entirety of our lungs to breathe, which extends all through our ribcage. When we experience an extended amount of stress, we start taking shallow breaths and breathing only from the upper part of our lungs.

The lungs are like sponges, and if you’re not breathing deeply, the sponge is not getting enough oxygen. This leads to issues like colic, and fatigue, which is becoming increasingly more common in children. Children should not be tired all the time. If they are, then we know that there is a problem, and that we need to take a look at their developmental milestones, including their Moro reflex.

A way that you can test the Moro reflex is to activate a startle response. If a baby under 3.5 months doesn’t react when startled, it’s a sign that there is a deeper problem. They should have a physical reaction to loud noises or sudden movement. If they don’t, come on into Connect My Brain and we will work out a plan for you and your child going forward. Call now at (678) 501-5172

You can also fill out your information here and we will contact you as soon as possible: https://www.connectmybrain.com/contact-us/ 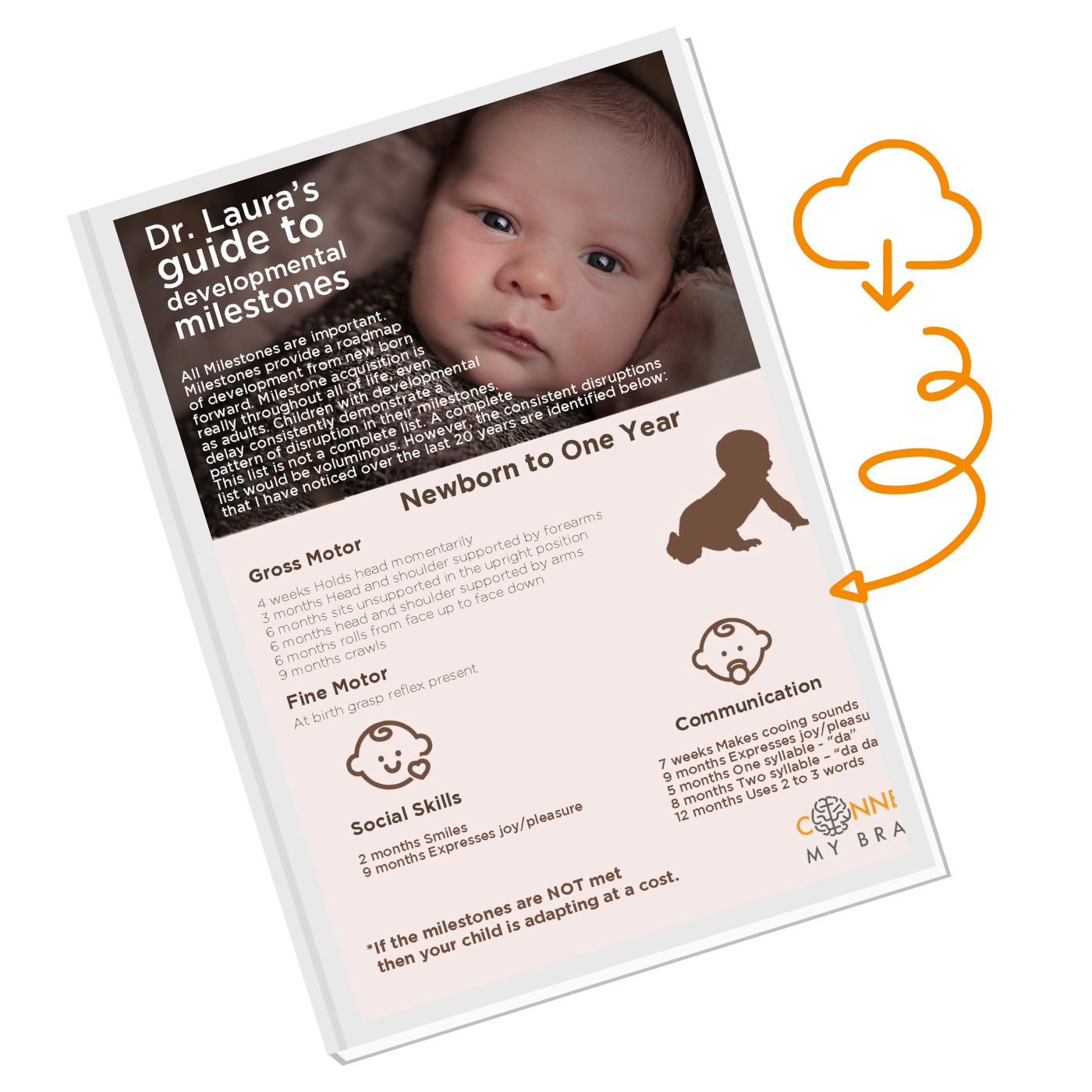 The developmental milestones guide your requested is on it’s way to your inbox right now!